IT SEEMS like it’s just the other day that Philasande Mxoli, 22 years old from Phewuleni village in Debe, won the coveted Berlin November 2017/18 races, aboard Remember and Final Judgement, trained by legend in the making Lopez Magongo.

Rising star Phila, as he is affectionately known, had his first winner at the July in Jozi, aboard Soldier On, trained by TS Pettigrew, just over a year since he enrolled at the South African Jockey Academy, on 25 July 2020.

The spectator-less event is meant to entertain horse racing enthusiasts who are unable to make it to the Durban July. Phila had a thrilling gallop to the finish when he pipped a party of raiders to win the coveted prize of R100 000 during the much-vaunted Berlin November Traditional Horse race in 2018, which was his last amateur outing.

The win signalled a bright future for the young jockey from an obscure little rural village of Phewuleni. It has been quite a start of a glittering career for Phila, who early this year rode the first winner of his career at Flamingo Park.

Phila was accepted into the Academy in 2019 but is no stranger to horse racing. He has been competing in thoroughbred rural races since the age of 13 and has ridden in excess of 90 winners in the Eastern Cape.

These winners include two victories in the much-vaunted and biggest race on the Eastern Cape Rural Racing calendar, the Berlin November, aboard Remember (2017) and Final Judgment (2018) respectively.

Magongo is a father figure and role model to Phila and it was effortless for him ensure that he successfully applied to join the Academy in 2018.

Magongo is a respected and successful owner and trainer in Eastern Cape Rural Racing, who provided Phila with transport and support to attend the two recruitment assessments and final Interview at Fairview

Racecourse in Port Elizabeth. Since the age of 13, Phila, set his sight on becoming a professional jockey “I am happy that I am now living my dream. As a child growing up in rural areas and participating in indigenous games, I have always imagined myself taking the big stage. I am learning a lot and in time I will be perfect. They have changed the way I approach horse racing. It has enhanced the little that I know” explained Phila.

Magongo concurs that the youngster “has always been disciplined and focused. He is a living example that dreams do come true. I am happy for him and know that the sky’s the limit. I would like to thank the organisers of the Berlin November for staging this prestigious event because it gives opportunities for young jockeys to showcase their talents” charged Magongo.

Luthando Bara, founder and curator of the Berlin November Traditional race explained that “Berlin November is a platform to showcase talent, SMMEs and an unrivalled market access opportunity. Phila is the pride of the Eastern Cape and we are elated to be associated with him and are grateful to Magongo, for nudging him to success. Uzonqandwa zinkwenkwezi and these are people who are going to revive the Eastern Cape brand.” 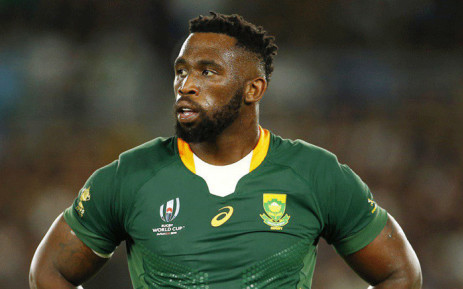 Siya Kolisi gets nod as most influential person in world rugby