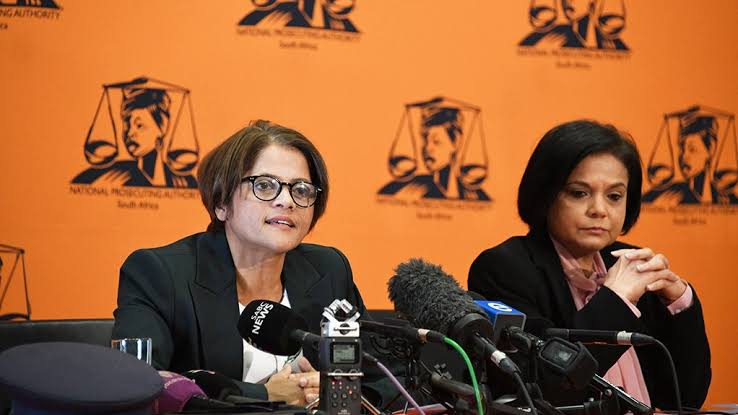 Both the heads of National Prosecuting Authority (NPA) and Directorate for Priority Crime Investigation (the Hawks) have vowed to work together to ensure that the architects and foot soldiers of State Capture are brought to book and face the full might of the law.

This is according to a joint statement by the two bodies in the wake of the release of the final tranche of the State Capture Commission report by Chief Justice Raymond Zondo.

“The final Zondo report provides additional impetus for increased cooperation and urgency in execution of respective NPA/DPCI mandates. Important progress has already been made: 86 investigations have been declared by the ID, 21 matters enrolled in court, and 65 accused persons are appearing in court on alleged state capture crimes.

“The NPA and DPCI recognise the damaging impact of corruption on the rule of law and South Africa’s development prospects. They recommit to enhancing collaboration and sharing of resources and expertise, to ensure the most effective prosecution-guided approach to these complex matters,” the statement read.

The NPA and the Hawks have formed a joint task team to tackle the 150 recommendations and reports pertaining to the two units.

Some of these are already receiving attention with 86 investigations declared by the NPA’s Investigative Directorate (ID), 21 matters enrolled in court.

Some 65 accused persons have appeared in court on alleged state capture crimes.

“Additional seminal matters will be enrolled before the end of September 2022. Seminal matters refer to cases involving the alleged architects of state capture, including influential persons and private sector actors, and/or large sums of money. These cases will be handled by a dedicated teams of investigators and prosecutors who have the necessary expertise in prosecution-guided processes involving complex matters.

“The teams will be sufficiently resourced and co-located either in the NPA or the DPCI offices. The NPA and DPCI are harnessing all their resources and expertise, reprioritising matters to ensure that state capture cases proceed as a matter of urgency in our commitment to ensure accountability and uphold the rule of law,” the statement read.

Eskom may need to borrow another R45 billion