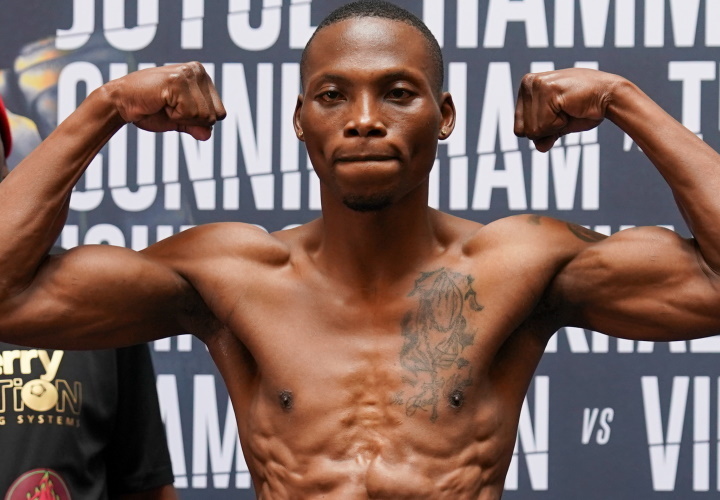 Tete had only boxed once since losing his WBO bantamweight title to John Riel Casimero in 2019, having earlier held the IBF super-flyweight title. But at 34 he still has plenty to offer and not many miles on the clock.

During this time he lost his mother and was in a car crash.
At the end of 2021 though, Tete returned to boxing.
He got back to winning ways by knocking out Iddi Kayumba in the first round of his comeback fight in his home country of South Africa.

On Saturday night, he overcame a far tougher task in Cunningham.
The Brit was overlooked not too long ago, but recently put together an impressive set of wins over Gamal Yafai and Brad Foster to become British, Commonwealth and European super-bantamweight champion.

Against Tete though, he came up short by a long way.

The classy southpaw showed that he still has plenty left in his tank.
He outboxed Cunningham early on and floored him with a strong left hand early in round four.

The Brit rose to his feet, but was then set about by the ruthless South African who sent him crashing to the canvas once again with a massive left hook.

Cunningham’s head violently hit the mat and there were some nervous moments while those in the arena waited to see if he was alright.

The two are rated No 6 by different sanctioning bodies [IBF and WBO].

Tete’s manager Mlandeli Tengimfene had predicted the win saying this was a defining moment for Tete as he is at the end of his career.

He promised to bring home both titles and affirmed their future working relationship with Tete’s English promoter Frank Warren.