South Africa has passed the peak of the Coronavirus third wave, which has infected over two million people, Acting Health Minister, Mmamoloko Kubayi said on Friday.

Addressing the media on the progress of government’s efforts in the fight against COVID-19, the Minister said the number of new infections has started to decline.

However, she cautioned that the country was not out of the woods just yet.

“We’re cautioning and extremely worried because the many gatherings that we saw during the unrest in Gauteng and KwaZulu-Natal may lead to another surge in numbers,” said Kubayi.

The Department of Health will continue to monitor the situation closely by ensuring that it screens communities that were at the heart of the looting and violent protests.

She also appealed to those who took part in those gatherings to ensure that they visit the nearest healthcare facility if they present any symptoms of COVID-19.

“We’re worried that some may stay away because in the contact tracing, people are expected to give indications where they have been and because of fear of arrest they are likely to stay away.”

Meanwhile “quite a number” of people who were arrested during the looting tested positive for the Coronavirus.

“This is an indication that we should be concerned about those who have been in the protests.”

The cost of the unrest

The riots she said, not only disrupted lives and the economy, but the healthcare delivery system, especially in KwaZulu-Natal.  This led to the dwindling number of vaccinations due to the closure of sites.

In addition, she said about 120 private pharmacies were destroyed which led to the loss of about 47 500 vaccine doses.

According to the Minister, each day the pandemic continues to spread and infects more people, it robs the country of its greatest resources, its productive people.

“The number of new cases have been on the downward trend.”

In addition, there has also been a significant decrease in infections in Gauteng, which has been the epicentre of the third wave.

“Although the 14 858 new cases are still quite high, it is a significant drop from the provincial peak which went as high as over 16 000 cases per day.”

However, she stressed that the decline in infections should not mean people should lower their guard in the fight against the pandemic.

The Minister has since called on citizens to intensify their efforts and continue to observe the non-pharmaceutical interventions by wearing masks, social distance, sanitise and washing hands with soap 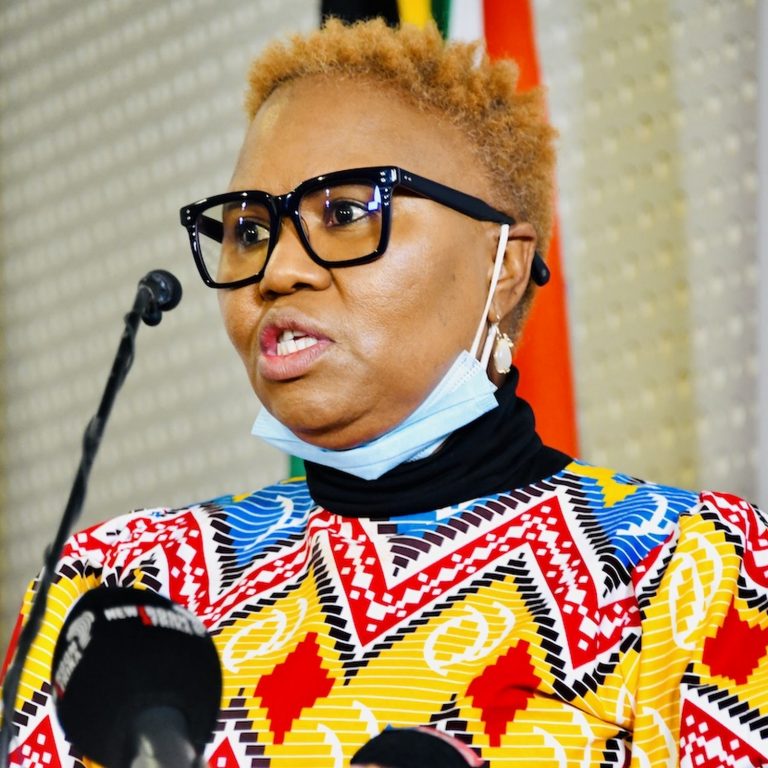